The Department is organized by companies, regions and businesses. Each region is headed by an Operational Director,responsible for economic results and resource management, including industrial and commercial activities.

Christian Burrus, graduated from HEC Lausanne in 1981 and from the Faculty of Law in 1982. He began his professional life with the Trade and Development Bank – TDB. There, he became a specialist in asset/liability management and held various positions in Geneva, Panama and New York.

After an MBA at INSEAD in 1989, he continued his career as a consultant with Oliver Wyman in London. In parallel with his various professional positions, Christian also worked with the family insurance company, ESCA where he completed internships in 1978, 1980 and 1981. So in 1991, on the strength of these experiences, he took over from his father Paul Burrus, and thus became the third generation to lead the company. He has been the Chairman and CEO of ESCA, then of AFI ESCA for 19 years.

An entrepreneur at heart, Christian does not stop there, he is keen to develop his vision of insurance and thus pursues an acquisition strategy in this area. In 30 years of development, the group has grown from 50 to more than 1,500 employees today, and is diversifying from insurance to insurance brokerage.

In addition to these activities, Christian – passionate about the mountains, is also Vice President Managing Director of Téléverbier SA, a ski lift company in Switzerland.

Comprised of around fifty companies, the Burrus Group has been built around company acquisitions and organic growth since 1923. Working in the fields of insurance, insurance brokerage, wealth management and technology. 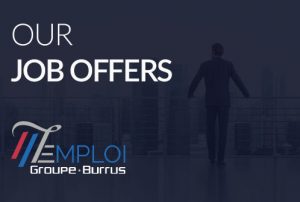 When you visit a website, it may store or retrieve information on your browser, mainly in the form of cookies. Control your personal cookie services here.